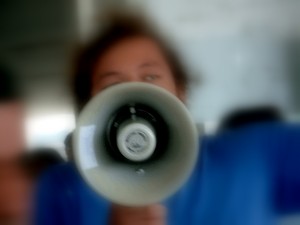 Briefing for human rights seminar organized by the Ministry of Foreign Affairs of the Federal Republic of Germany in Bishkek, Kyrgyzstan, 22-23 October 2015

As part of a broader trend in the region of the former Soviet Union, civil society in Central Asia has recently come under growing pressure. New restrictive legislation has been initiated and repressive measures taken against groups and individuals who criticize government policies and speak up for human rights, justice and rule of law.

This briefing outlines major concerns regarding the situation of civil society in the five Central Asian countries, as well as recommendations to the government of the Federal Republic of Germany for how to address and respond to concerns in this area. It has been prepared by the following Central Asian NGOs: Kazakhstan International Bureau for Human Rights and Rule of Law (Kazakhstan); Voice of Freedom Foundation (Kyrgyzstan); Nota Bene (Tajikistan); Turkmen Initiative for Human Rights (Turkmenistan, based in exile in Austria); and the Association for Human Rights in Central Asia (Uzbekistan, founded by political emigres in France), together with International Partnership for Human Rights (Belgium).

There are worrisome signs that the civil society climate is deteriorating in Kazakhstan.

Vaguely worded draft legislation currently under way in the parliament could result in that a non-independent body is granted monopoly over the allocation of grants to NGOs, including non-state grants. According to the draft, grants would be allocated to NGOs for work in certain listed areas of activities, which do not include human rights promotion. The Ministry of Culture and Sports would be granted new broad powers to monitor and oversee NGOs, and the failure by NGOs to provide required or “correct information to a database operated by this Ministry may result in that they are fined, suspended, or eventually closed down. The draft legislation was approved by the lower house of the parliament in late September 2015 and in the first reading by the Senate in early October 2015.

In a joint appeal[1], several dozen Kazakhstani human rights NGOs voiced concern that the draft legislation on NGOs poses a threat to independent civil society and called on the president to ensure that it is reviewed in terms of its compliance with national and international human rights standards, as well as to veto it if needed. UN human rights representatives have also warned that the draft law, if adopted in its current format, may result in violations of international standards.[2]

The draft “foreign agents” law under consideration by Kyrgyzstan’s parliament poses a serious threat to civil society in this country.[4]

Similarly to the corresponding Russian law, the Kyrgyzstani draft law requires NGOs to adopt the stigmatizing label of “foreign agents” if they receive foreign funding and engage in “political activities”, a term that is so broadly defined that it could be applied to virtually any NGO activities. It also grants authorities new, broad powers to interfere in the internal affairs of NGOs and introduces problematic provisions on criminal liability for NGO representatives as a separate category of offenders.

In spite of widespread criticism of the draft “foreign agents” law, it was passed by the parliament in the first reading in June 2015. Later the same month it was taken off the plenary agenda for additional discussion at committee level. The new parliament that will assemble after the 4 October elections may pick up the consideration of the draft law where the previous parliament left it.

In the recent period, NGOs, civil society activists and lawyers in Kyrgyzstan have increasingly been subjected to verbal attacks, intimidation and harassment. Both media and public figures have accused NGOs of promoting the political interests of foreign donors and betraying national values. At a press conference in July this year, President Atambayev also made such statements.[5]

It has now been five years since a life sentence was handed down to human rights defender Azimjan Askarov for his alleged role in the inter-ethnic violence that took place in southern Kyrgyzstan in June 2010. The trial against him was marred by due process and fair trial violations, and credible allegations that he was tortured in pre-trial detention have never been properly investigated. Last year, the Supreme Court upheld a decision to discontinue a new investigation into his case. There are concerns that his health has deteriorated considerably in prison.

In recent months, the civil society situation in Tajikistan has seriously worsened.

Tax and other authorities have carried out a series of intrusive inspections of NGOs, in some cases with specific reference to national security considerations. This has given rise to concerns about attempts to intimidate and silence, in particular, NGOs that work on human rights issues. Several human rights NGOs are currently at the threat of closure because of the alleged failure to comply with administrative and technical requirements. Among them is Nota Bene, which is facing a liquidation lawsuit brought by the Tax Committee. This body is accusing the organization of taking advantage of gaps in the law when registering as a “public foundation” rather than as a “public association” in 2009.

Existing legislation does not regulate the conduct of inspections of NGOs in any detail and sets out broad grounds for warning, fining, and closing down NGOs. Amendments to the Law on Public Associations signed by the president in August 2015 state that a procedure for inspections will be approved by the Ministry of Justice, but so far this has not happened.

The recent amendments to the Law on Public Associations also require NGOs to provide information about all funds received from foreign and international sources to the Ministry of Justice for inclusion in a special registry. No clear procedure is set out for how this will be done and a government regulation on the implementation of the new provisions is yet to be adopted. Civil society organizations have expressed concern that the new requirement will not only place an additional administrative burden on NGOs, but that it may also be used to obstruct NGOs’ access to funding in violation of international standards.[6] UN human rights bodies have likewise criticized the new requirement. [7]

Human rights defenders and lawyers are under pressure by authorities to refrain from addressing politically sensitive issues. Lawyer Buzurgmehr Yorov, who has provided legal assistance to members of the recently banned Islamic Renaissance Party, was arrested on fraud and forgery charges in late September 2015. Another lawyer, Shukhrat Kudratov is serving a five-year prison sentence on similar charges believed to have been motivated by his work on high-profile cases.

The 2014 Law on Public Associations retains a restrictive approach by requiring compulsory registration of associations, providing for strict registration rules especially for national-level organizations, and granting authorities wide powers to oversee the activities and funding of associations.

In practice, the government promotes the work of GONGOs, while independent civil society groups addressing human rights and other sensitive issues can only operate underground or in exile.

Civil society activists, journalists and others who dare to openly challenge official policies face intimidation and harassment. Several recent cases illustrate this trend. Radio Free Europe/Radio Liberty correspondent Osmankuly Hallyev resigned this summer citing unprecedented pressure, while Saparmamed Nepeskuliev from the same service was reported to have been sentenced to three years in prison on spurious “narcotics” possession charges in August 2015. Horse-breeding expert Geldy Kyarizov, who fell out of favour with the government years ago, was prevented from travelling abroad with his family members in August 2015 and only allowed to leave several weeks later. Well-known civil society activist Natalia Shabunts had her private satellite dishes arbitrarily removed this summer, as part of a wider campaign against this source of alternative information.

This year an official Turkmen delegation attended the OSCE Human Dimension Implementation Meeting (HDIM) in Warsaw for the first time in many years. On 30 September 2015, the Turkmen Foreign Ministry issued a press release[8], accusing participants in this meeting of making “biased” comments aimed at “discrediting” Turkmenistan and expressing regret that such statements had been circulated online. This showed again that the Turkmen authorities view with hostility any criticism of the situation in the country.

The Austria-based Turkmen Initiative for Human Rights, which is well-known for its independent coverage of developments in Turkmenistan, has repeatedly been subjected to cyber-attacks and its representatives and family members have been intimidated.

The civil society situation in Uzbekistan shows no signs of improving.

While the government claims that there are over 8000 NGOs in the country[9], an overwhelming majority of these are GONGOs. Most independent human rights NGOs continue to operate on an informal basis due to the lack of opportunities to obtain mandatory registration. Recent regulations[10] reinforce restrictions on NGO activities by setting out a new procedure for informing and obtaining permission from the government for holding seminars, trainings and other events.

Independent human rights defenders experience serious difficulties to carry out their work and are subjected to ongoing intimidation and harassment. When examining the situation in Uzbekistan in July 2015, the UN Human Rights Committee expressed concern about ”consistent reports” of harassment of human rights activists, independent journalists and government critics, including through surveillance, arbitrary arrests and detentions, torture and ill-treatment, and prosecutions in retaliation for their work.[11]

For example, in the last few months, human rights defenders Dmitry Tikhonov and Yelena Urlaeva have both been detained, questioned and intimidated on several occasions in relation to their efforts to monitor and document the continued use of forced labour in the cotton sector.[12] Human rights defender Shukhrat Rustamov remains at the risk of being forcibly placed in a psychiatric clinic after he was found “mentally incompetent” by court because of complaints submitted to authorities about human rights violations.

Numerous activists, journalists and dissidents remain imprisoned on trumped-up charges. There are serious concerns about their health and well-being due to notoriously bad prison conditions and widespread torture and ill-treatment. The practice of arbitrarily extending the sentences of “inconvenient” prisoners for allegedly disobeying the orders of prison authorities is highly troubling.[13] For example, human rights defender Azam Farmonov, who was due to be released in April 2015 after serving out a 9-year prison sentence, was given an additional five years on such charges.

Recommendations to the government of the Federal Republic of Germany, as well as its diplomatic representations in Central Asia

[2] See statement by Spokesperson for the UN High Commissioner for Human Rights, 8 October 2015, http://www.ohchr.org/en/NewsEvents/Pages/DisplayNews.aspx?NewsID=16585&LangID=E; and statement by the UN Special Representative on the rights to freedom of peaceful assembly and of association, 15 October 2015, http://www.ohchr.org/EN/NewsEvents/Pages/DisplayNews.aspx?NewsID=16608&LangID=E

[7] See, for example, statement by Spokesperson for the UN High Commissioner for Human Rights, 3 August 2015, www.ohchr.org/EN/NewsEvents/Pages/DisplayNews.aspx?NewsID=16288&LangID=E#sthash.6yzVLtAs.dpuf

[10] Regulations concerning the procedure for agreeing events of non-governmental organizations (No 2679), approved by the Ministry of Justice, 4 June 2015.

[13] For more on this topic, see also Alternative report submitted by the Association for Human Rights in Central Asia (AHRCA) and International Partnership for Human Rights (IPHR) to the Human Rights Committee review of Uzbekistan in July 2015: https://www.iphronline.org/uzbekistan-alternative-report-to-un-human-rights-committee-20150706.html