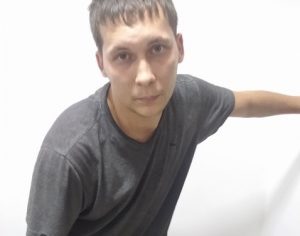 Six months after Alexander Trofimov, a 29-year-old father of two, was arrested for theft, the credible allegations that police tortured him in detention have still not been effectively investigated and the alleged perpetrators remain at large. International Partnership for Human Rights (IPHR) and Association for Human Rights in Central Asia (AHRCA) call on the authorities of Uzbekistan to promptly open an effective investigation into the allegations of torture, bring the perpetrators to justice and either substantiate the criminal charges brought against him or promptly close the criminal case against Trofimov.

“President Mirziyoyev has repeatedly stated that putting a stop to torture is a priority for his government: this case provides the Uzbekistani government with the ideal opportunity to demonstrate that it is serious about this”, said Brigitte Dufour, Director of IPHR.

On 6 May 2021, Alexander Trofimov was arrested on suspicion of stealing money (Article 169 of the Criminal Code) from a safe belonging to а company in Tashkent. He is believed to have been tortured and ill-treated by police on 6 and 7 May 2021 while being detained at Chilanzar District Police Department (ROVD – Russian acronym) in the capital city of Tashkent without contact with the outside world.

As soon as Galiya Trofimova learnt that her son had been tortured, she sent several complaints to the authorities requesting an investigation, including to the Prosecutor General, the Prosecutor of Chilanzar District and the Ombudsperson for Human Rights of Uzbekistan.

On 21 November Trofimov and his lawyer met with the investigator of the criminal case against Trofimov for the first time in seven months. They learnt that the charge of “theft” was dropped, and that he had instead been charged with “obtaining or selling stolen property” (Article 171 of the Criminal Code) and “failure to report a crime” (Article 241).

Galiya Trofimova stated: “My son Alexander denies any involvement in the theft and I am convinced he has nothing to do with it. There’s no evidence to suggest that he knew anything about it.”

Recommendations to the Uzbekistani authorities: