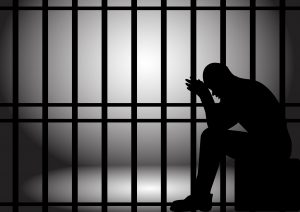 International Partnership for Human Rights (IPHR) and the Association for Human Rights in Central Asia (AHRCA) take note of some progress in the case of Alexander Trofimov, after Chilanzar Prosecutor’s Office in Tashkent launched an investigation into allegations that he was tortured last year. The Prosecutor’s Office ordered a chest scan which showed traces of a fracture on his 12th rib, adding weight to Trofimov’s allegations that police officers beat him around that area while he was in pre-trial detention in May 2021. The medical examination was carried out after Trofimov’s lawyer had repeatedly lodged complaints with the General Prosecutor’s Office of Uzbekistan.

In November 2021, IPHR and AHRCA called on the Uzbekistani authorities to carry out an effective investigation into the allegations that Alexander Trofimov was tortured in police detention in May 2021. The organisations are now calling on the Uzbekistani authorities to open a criminal investigation under Article 235 of the Criminal Code (“torture”), identify the perpetrators and bring them to justice in a fair trial. The authorities should also award compensation to Alexander Trofimov for the physical and moral harm he suffered at the hands of law enforcement officials.

Alexander Trofimov was arrested on 6 May 2021 on suspicion of theft and reports that he was tortured and ill-treated by some five police officers in the Department for the Coordination of Activities of Tashkent’s Chilanzar District Internal Affairs Bodies on 6 and 7 May 2021 in order to force him to “confess” and incriminate others. Trofimov alleges that the officers put a black bag over his head; kicked him; hit him with truncheons; punched him on the head, body and legs; forced him to do the splits; and took turns to jump on his back while he was handcuffed. Trofimov reportedly begged the officers not to hit him over the head, explaining that he had sustained a skull fracture in relation to which he is registered as disabled.

Trofimov was detained without contact with the outside world until 8 May and his relatives were not informed about his whereabouts. When his mother learnt of the police abuse, she lodged complaints with the Prosecutor General’s Office and Chilanzar District Prosecutor’s Office calling for a swift investigation.

Trofimov saw his lawyer for the first time briefly before his remand hearing on 8 May 2021 and the lawyer took photos of injuries on his body. During the hearing the lawyer  informed the court of the allegations of torture, showed the photos and asked Alexander to show his injuries. The lawyer also presented a video in court filmed earlier that day by Trofimov’s mother, Galiya Trofimova which showed the police officers who accompanied her son to court. According to Alexander, the same officers were involved in his abuse. The judge ruled to remand Trofimov in custody and ordered a forensic medical examination, but did not specify which questions the experts should clarify.

Medical examinations and investigation into allegations of torture, compensation

Instead of taking Trofimov to the forensic medical examination shortly after the remand hearing on 8 May 2021, police transferred him to the Chilanzar District Health Department. According to Galiya Trofimova, the accompanying officers urged the doctors to certify that Trofimov already had bruises on his body when he was arrested. But the doctors refused to provide false evidence.

The police officers then waited until 10 May – probably in the hope that his injuries would be less visible – before taking Trofimov again to the same health department. There medical staff recorded bruising to his legs and back. Later that day Trofimov was taken to the Main Office of Forensic Medicine of the Ministry of Health for the requested forensic medical examination.

Two months later and after several requests  Galiya Trofimova was able to see the results of the forensic medical examination at Tashkent City Prosecutor’s Office, but neither she nor the lawyer were able to obtain a copy of the document. According to her, the forensic medical experts only conducted an external examination and only recorded visible injuries – bruises. They did not carry out CT or MRI scans to establish whether he had sustained internal injuries.

On 12 August 2021, Trofimov was released on parole. Shortly afterwards independent medical doctors took an x-ray of his ribs and found a possible trace of a fracture. In May 2022, Chilanzar Prosecutor’s Office ordered a scan[1] of Trofimov’s chest which also found a fracture on his 12th rib.

On 12 May, during a press briefing at the Agency of Information and Mass Communication, Gulom Mirzayev, the Head of the Information Service of the governmental National Centre for Human Rights of Uzbekistan stated that damage caused by unlawful actions as a result or torture or degrading treatment or punishment would be fully compensated by the state. IPHR and AHRCA call on the Uzbekistani authorities to fully compensate Alexander Trofimov for the physical and moral harm he suffered at the hands of law enforcement officials.

The criminal case against Trofimov

Alexander Trofimov alleges that police officers subjected him to torture and ill-treatment in May 2021 in order to force him to confess to theft. Trofimov maintains his innocence.

One of his co-accused reportedly stated that he had seen Trofimov for the first time at the inquest, and had never communicated with him before.

On 21 November 2021, Alexander Trofimov and his lawyer met with the investigator of the criminal case against Trofimov for the first time in seven months. They learnt that the charge of “theft” was dropped, and that he had instead been charged with “obtaining or selling stolen property” (Article 171 of the Criminal Code) and “failure to report a crime” (Article 241).

In November 2021, by decision of the Sergeli Department for Coordinating Tashkent City Internal Affairs Bodies, the criminal case against Trofimov and the other defendants was closed. The prosecutor’s office subsequently appealed this decision and the investigation was resumed.

In April 2022, the investigation into the accusations of theft against Trofimov and his co-defendants was suspended.

This statement can be viewed as a pdf in both English and Russian.