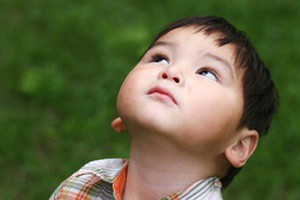 With the UN Committee on the Rights of the Child set to begin its review of Turkmenistan today, Turkmen Initiative for Human Rights (TIHR) and International Partnership for Human Rights (IPHR) sound alarm about persistent violations of the rights of children and young people in this authoritarian, repressive and closed Central Asian country.

A report submitted for the review by TIHR, a Vienna-based exiled group that works closely together with activists inside Turkmenistan, details violations of the rights of children and young people in the areas of freedom of expression and access to information; education, leisure and cultural activities; as well as basic health and welfare. The report shows that the situation in these areas remains of serious concern and that the authorities have failed to bring about any substantial improvements in spite of reform promises made by current President Berdymuhammedov when taking power in 2007.

The Turkmen authorities continue to impose wide-ranging restrictions on all forms of mass media with the aim of preventing citizens, including children from obtaining information that is not controlled by the state. While internet penetration has slowly been increasing in recent years, the authorities have cracked down on “suspicious” online content by blocking access to foreign sites that report independently about the situation in the country, social networking sites, as well as online forums and messaging applications that are popular among young people.

No systematic reforms have been implemented to reverse the degradation of the country’s education system that took place during the previous president and this system is still characterized by a strong ideological orientation. Teaching of the infamous Rukhnama authored by the previous president has now been replaced with classes in writings of the current president, while students continue to be mobilized en masse for frequent holiday parades and other spectacles aimed at demonstrating the well-being and “glory” of the nation.

Broad layers of the population have benefited little from Turkmenistan’s natural resource wealth and many children especially in rural regions still grow up in poor living conditions, e.g. without access to safe drinking water. Families whose homes have been demolished to make way for grandiose government construction projects have often not received adequate compensation – if any at all, and support pledged to large families has largely remained declaratory in nature.

While a number of new high-end medical facilities have been constructed in recent years, the health care sector continues to be plagued by basic problems such as misallocation of resources, corrupt practices and lack of qualified staff, supplies and medicines, all of which endanger the health of both adults and children. The authorities continue to deny and conceal information on health matters, such as the outbreak of infectious diseases, and have increasingly resorted to questionable tactics in the name of enforcing moral standards and promoting healthy lifestyles among young people.

(For more details, see summary below).

TIHR and IPHR encourage the Committee on the Rights of the Child to give close attention to the issues  highlighted in TIHR’s report and to request the Turkmen government to account in detail for its policies in these areas (including by providing accurate figures), as well as its lack of progress on recommendations made by the Committee eight years ago.

At the end of its current session, the Committee will adopt a list of questions that the Turkmen authorities will be asked to respond to ahead of the final stage of the review, which is scheduled to take place in January 2015 and will involve a face-to-face dialogue with Turkmen government officials. As part of a project implemented jointly with Brussels-based IPHR and Central Asian partners, TIHR Director Farid Tuhbatullin will be present in Geneva today to brief Committee members on issues and recommendations covered in TIHR’s report, as well as to provide additional information.

Below follows a summary of major issues covered in TIHR’s report to the Committee on the Rights of the Child, as well as related developments that have taken place since the report was submitted in February 2014. The full text of TIHR’s report is available here.

The right of the child to education, rest and leisure, and free participation in cultural life

The right of the child to an adequate standard of living

The right of the child to health