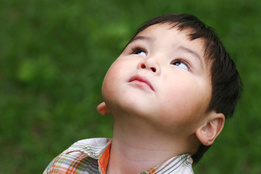 At its session in Geneva this week, the United Nations Committee on the Rights of the Child will examine the situation of children in Turkmenistan. It will assess the state of child rights in this highly repressive and isolated Central Asian country under the Convention of the Rights of the Child, the world’s most widely ratified human rights treaty whose implementation the Committee oversees.

Information provided to the Committee by Turkmen Initiative for Human Rights (TIHR) and International Partnership for Human Rights (IPHR) shows that the Turkmen government has failed to bring about any substantial improvements in key areas of child rights protection since the UN Committee first reviewed its record in 2006. Major concerns include:

This week’s examination of Turkmenistan by the Committee on the Rights of the Child is the second stage in a review that began in June 2014 with the adoption of a list of questions that the Turkmen government was requested to respond to, in follow-up to an official report it has submitted. This time the Committee will engage in a face-to-face dialogue with Turkmen government officials and adopt concluding observations on the situation in Turkmenistan on the basis of information it has received from the Turkmen authorities and other sources. TIHR and IPHR have provided written information for the review and TIHR Director Farid Tuhbatullin will be present at the session on Turkmenistan in Geneva on 13-14 January.