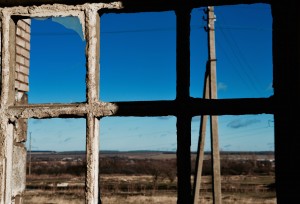 The issue of granting amnesty to participants in the conflict in Eastern Ukraine has proven to be one of the most contentious ones under the Minsk agreement on regulating the conflict. A briefing paper prepared by International Partnership for Human Rights (IPHR) analyzes the draft amnesty law that has been initiated in follow-up to the Minsk agreement. In particular, it discusses how to ensure that the amnesty law does not result in impunity for the perpetrators of serious abuses, in violation of Ukraine’s international obligations, but effectively contributes to transitional justice and peace-building.

Download the briefing paper, Making Amnesty Work: Prospects of Granting Amnesty to the Parties of the Conflict in Eastern Ukraine

In English
In Ukrainian

Executive summary of the briefing paper:

Although the reports on shelling and fighting in turbulent Eastern Ukraine are not as frequent as in early 2015, success in peace negotiations with separatists and in achieving a return to normal life has been limited over the last two years. Peace negotiations began in 2014 through a Tripartite Contact Group, which included representatives of Russia, Ukraine and the self-proclaimed Peoples’ Republics of Donetsk and Lughansk. To date, three ceasefire and conflict resolution agreements have been signed but none of them has been implemented in full.

One of the main disputes around the Minsk agreement is the granting of amnesties to all the parties in the conflict. The main concern is the threat that granting amnesties will effectively mean impunity for participants in the hostilities in Eastern Ukraine. However, it should be noted that the Minsk agreement contains nothing precluding Ukraine from granting conditional amnesties and establishing accountability for war crimes. The policy outcomes of the granting of amnesties will depend primarily on the provisions of domestic law and the political will of the government of Ukraine.

According to international practice, laws on amnesties have played both constructive and destructive roles. Depending on the content of the particular law, it can lead to impunity, or else be a useful tool for peace-building. Laws on amnesties can serve as efficient mechanisms of transitional justice provided that: they are compliant with international law; set out clear conditions for the pardon of former combatants and are properly implemented.

The draft law ‘On the exemption from prosecution and punishment of persons taking part in events on the territory of the Donetsk and Lughansk Oblasts’ (‘Draft Amnesty Law’), which is currently being considered by the Ukrainian Parliament, contains positive elements but requires amendment to ensure it fully complies with Ukraine’s international obligations and also with national legislation.