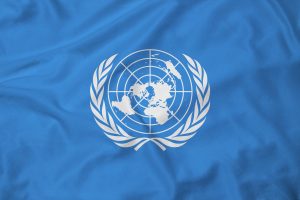 Human Rights organisations welcome the opinion published on 15 December 2021  by the United Nations Working Group on Arbitrary Detention (WGAD) recognising that Belarusian journalist Raman Pratasevich is a victim of arbitrary detention. We also reiterate the WGAD’s call to the Belarusian government to immediately and unconditionally release Mr Pratasevich and accord him the right to compensation and other reparations.

In its adopted opinion, the WGAD resoundingly endorsed the arguments set forth by the undersigned organisations that Mr Pratasevich’s detention meets the definition of arbitrary deprivation of liberty on four separate counts. The WGAD, meanwhile, expressed its ‘very serious concern’ for Mr Pratasevich’s physical and mental wellbeing and noted the Belarusian government’s failure to adequately account for its actions in its response to the submission. Moreover, the opinion stresses that the Belarusian authorities appear to have baselessly alleged incitement to violence in order to muzzle ‘advocacy of multi-party democracy, democratic tenets and human rights’, highlighting that the arrest and detention of Mr Pratasevich ‘based solely on his journalistic activity’ and  ‘his freedoms of expression and assembly’ followed a pattern identified by the OHCHR and the Special Rapporteur on the Situation of Human Rights in Belarus.

In a communication submitted to the WGAD on 13 July 2021, international legal counsel Alexandre Prezanti (partner at Global Diligence LLP), in collaboration with International Partnership for Human Rights (IPHR), the Helsinki Foundation for Human Rights, the Norwegian Helsinki Committee, Article 19, Reporters Without Borders (RSF), and the World Organisation Against Torture (OMCT), requested that the WGAD declare Mr Pratasevich’s detention as arbitrary and call for his immediate release. Specifically, the submission argued that Mr Pratasevich’s detention amounts to an arbitrary deprivation of liberty on the basis that:

Raman Pratasevich is a journalist and Belarusian citizen, normally resident in Lithuania. On 25 October 2020, the NEXTA Telegram channel – of which Mr Pratasevich is a former editor – was designated as extremist by a Minsk court. Mr Pratasevich was subsequently charged with several criminal offences, including the organisation of mass riots and incitement to social hatred, punishable by up to 15 years of imprisonment.

On 23 May 2021, Mr Pratasevich was travelling on a Ryanair flight from Athens, Greece to Vilnius, Lithuania. Shortly before it would have left Belarusian airspace, the flight crew was ordered to divert course and make an emergency landing at Minsk airport, to which it was escorted by a Belarusian fighter jet. Upon landing, Belarusian law enforcement boarded the aircraft and arrested Mr Pratasevich and his partner.

Since his initial arrest, Mr Pratasevich has been the subject of repeated violations of his rights. The Belarusian authorities have restricted his access to the legal counsel of his choice, to which he had no access for at least four days following his arrest; the Belarusian public broadcaster aired a forced televised confession by Mr Pratasevich; and Belarusian authorities have refused to allow an independent medical assessment of Mr Pratasevich’s physical and mental state, despite clear indications of ill-treatment during his detention. Since 23 June 2021, Mr Pratasevich has been held under de facto house arrest at an unknown location. The so-called ‘Luhansk People’s Republic’ has also allegedly requested Mr Pratasevich’s extradition, something that would present a serious risk of his torture and/or death.

We urge the international community, particularly Member States of the United Nations, to now exert the necessary pressure on the Belarusian authorities to: