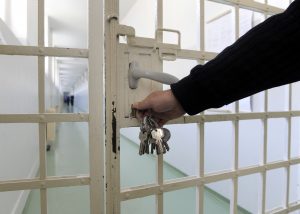 International Partnership for Human Rights (IPHR) and the Association for Human Rights in Central Asia (AHRCA) are concerned about recent allegations that Alexander Trofimov, 29-year-old father of two, who is registered as disabled, was tortured by police on 6 and 7 May 2021 while being detained at Chilanzar District Police Directorate in the capital city of Tashkent without contact with the outside world. We urge the authorities of Uzbekistan to promptly conduct an effective investigation into these allegations, publish the results and ensure that those reasonably suspected of being responsible are brought to justice.

Since President Mirziyoyev came to power, the authorities of Uzbekistan have taken some steps to address the endemic problem of torture in the country. Legislation was adopted stipulating that evidence obtained under torture is not admissible in court and to improve transparency in the criminal justice system. However, in the case of Aleksander Trofimov judges, prosecutors, and interrogators failed to respect the provisions of Article 26 of the Constitution and Article 17 of the Criminal Procedural Code which forbid torture. The fact that IPHR and AHRCA continue to receive allegations of torture and ill-treatment on a regular basis indicates that sustained change is still to be achieved.

We urge the Uzbekistani authorities to: