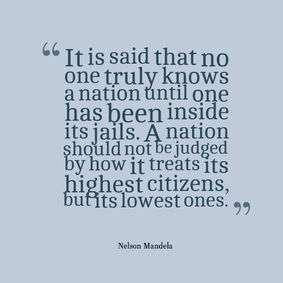 The Association for Human Rights in Central Asia (AHRCA) and International Partnership for Human Rights (IPHR) have prepared a joint, alternative report to the UN Human Rights Committee ahead of its examination of Uzbekistan’s fourth periodic report on the implementation of the International Covenant on Civil and Political Rights (ICCPR) in July 2015. This report summarises concerns in relation to the lack of protection in Uzbekistan of fundamental human rights safeguarded by the ICCPR.

Fundamental rights and freedoms of individuals continue to be routinely violated in Uzbekistan. The adoption of improved laws and the ratification of international human rights instruments have unfortunately had very little impact in practice. The absence of any level of effective public control or monitoring does not allow for a comprehensive independent assessment of the human rights situation. The Uzbekistani authorities limit access to independent information by every possible means.  Despite these significant difficulties in obtaining and independently verifying information about what is happening inside detention centres and prisons in Uzbekistan, reports of torture, deaths in custody and deaths under suspicious circumstances have remained steady over the reporting period since the last UN HRC review.  The Uzbekistani authorities have for years clamped down on those peacefully exercising their rights of freedom of expression and religion, including the persecution of Muslims who practice their faith outside state-controlled institutions. This, coupled with effective exclusion of citizens from the political process, the lack of social justice, a regressive economy, and widespread poverty are all factors which have lead to the radicalization of Islamic organizations and movements.

This report is based on information obtained by the AHRCA through its monitoring of human rights developments in Uzbekistan. While AHRCA is based in exile in France, it has a broad network of contacts inside Uzbekistan. IPHR has worked with AHRCA on compiling the report.