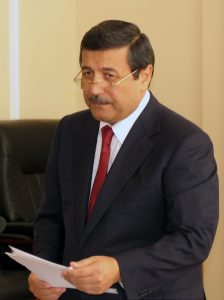 Amnesty International, the Association for Human Rights in Central Asia (AHRCA), Human Rights Watch (HRW), International Partnership for Human Rights (IPHR), and the Norwegian Helsinki Committee express deep concern about allegations that Rashitjon Kadirov, former Prosecutor General of Uzbekistan, and his twelve co-defendants have been tortured and suffered other forms of ill-treatment in government custody.

The trial of Kadirov and his co-defendants began behind closed doors on 7 January 2019 in Yunusabad District Criminal Court. Kadirov has been charged under 12 articles of the Criminal Code for offences including fraud, bribery and embezzlement. We urge the Uzbekistani authorities to investigate the allegations of torture and other ill-treatment immediately and, if there is credible evidence of ill-treatment, prosecute all those suspected of criminal responsibility in fair trials meeting international standards. We also remind the authorities of their obligations to guarantee the physical and mental wellbeing of Kadirov and his co-defendants, and to ensure that their treatment conforms with international human rights law by which Uzbekistan is bound.

Under international law the prohibition of torture is absolute, and applies at all times, in all circumstances, including in times of war or public emergency, and applies to all states irrespective of their treaty obligations as a rule of customary international law. The absolute prohibition of torture applies in all cases, including in those where individuals themselves may have carried out serious crimes and human rights violations.