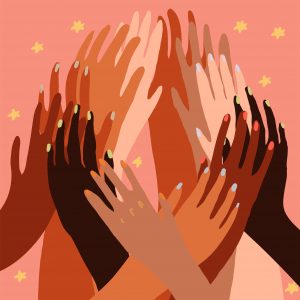 International Partnership for Human Rights and  partners prepared a submission, which focuses on the issue of domestic violence against women in Uzbekistan. It identifies protection gaps in both domestic legislation and practice and provides recommendations for the Uzbekistani government ahead of the Committee on the Elimination of Discrimination against Women’s (CEDAW) examination of Uzbekistan’s periodic report on the implementation of the Convention on the Elimination of All Forms of Discrimination against Women. The constructive dialogue is scheduled to take place on 15 and 16 February 2022 at CEDAW’s 81st session.

Despite the government measures, violence against women continues to be a matter of grave concern across Uzbekistan and stigma and lack of awareness about domestic violence remain widespread.

Society typically blames the victim rather than the perpetrator. According to women’s activists in Uzbekistan, many people believe that women “provoke” or “deserve” violence, that women victims of domestic violence are “masochistic”, that “quarrels” between husbands and wives are natural, and that victims of abuse are always free to leave their homes. Discussions on social networks about violence against women and girls, including sexual violence, often attract harsh stereotypical comments from individuals (including state representatives and heads of public universities) who frequently also resort to victim-blaming. Education curricula in schools, universities and official academies do not address issues of gender stereotypes, the prevention of domestic violence and the protection measures that are available.

Deep rooted patriarchal attitudes and stereotypes about gender roles persist in Uzbekistan also amongst officials including police officers, prosecutors and judges. Despite efforts by some, government representatives have failed to communicate a consistent public message of zero tolerance of domestic violence and state media has continued to perpetuate gender disparity and stereotypes which reinforce the idea that women and girls should be “controlled”. All this contributes to a culture of violence and a general climate of impunity for perpetrators.

NGOs and women’s activists report that many incidents of domestic violence crimes are not reported and that women often do not turn to the police for fear of reprisals, societal stigma, due to economic and material dependence on their husbands or to lack of knowledge about their rights.

Perpetrators of domestic violence are rarely prosecuted. The Uzbekistani authorities are routinely failing to meet the standard of due diligence regarding the investigation and prosecution of crimes related to domestic violence. Women are not effectively protected, and the perpetrators enjoy impunity in the large majority of cases.

Local women’s rights activists report that the tragic consequences of the government’s failure to provide effective protection is reflected in the alarming rise in the suicide rate among women and girls in Uzbekistan, which increased from 600 in 2019 to 900 in 2020, i.e. during the pandemic and when Uzbekistan implemented lockdowns to prevent the spread of the virus.2 Conflicts with family members – spouses or mothers-in-law – appear to be the main causes.

Early marriages also contribute to domestic violence. Although the Family Code stipulates that girls need to be 17 in order to marry, earlier marriages are reportedly common. It is difficult to obtain accurate statistics, as young brides (15 or 16 years old) are usually married in religious wedding ceremonies and not registered with the State. Often parents only turn to the state registry office when they need to obtain birth certificate for their child. Polygamous marriages are reportedly also increasing.