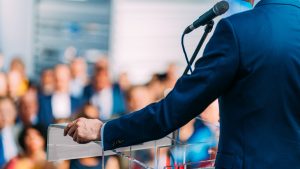 Association for Human Rights in Central Asia (AHRCA) and International Partnership for Human Rights (IPHR) are concerned that authorities of Uzbekistan harassed and intimidated Khidirnazar Allakulov (Truth and Progress party / Haqiqat va Taraqqiyot), Mahmud Davronov (Free Motherland party / Ozod Vatan) and Jahongir Otajonov (Erk) and other outspoken opposition activists in the run-up of Presidential elections in October 2021 and that many continue to be at risk and under surveillance. AHRCA and IPHR call on the authorities to stop harassing and intimidating these and other political opposition activists and their families and to allow opposition political parties to register.

According to official information, incumbent President Shavkat Mirziyoyev won the presidential elections held in Uzbekistan on 24 October 2021 by more than 80 percent of the vote. As highlighted by international observers, the elections were characterised by the lack of meaningful competition. While only officially registered political parties are allowed to put forward presidential candidates, no genuine opposition parties have succeeded in obtaining registration in the country and therefore were not able to nominate candidates for the elections.

International election observers deployed by the Organization for Security and Co-operation in Europe’s (OSCE) Office for Democratic Institutions and Human Rights noted in their preliminary findings issued on 25 October that the “lack of genuine competition, combined with the burdensome requirements for party registration, challenge the pluralistic nature of the political environment in which the election is taking place”. They also observed “a virtual absence of critical reporting about higher public officials and candidates […]. The overall restrictive legal framework for media, cases of pre-trial detention, intimidation and harassment of journalists and bloggers and an established practice of blocking websites contributed to self-censorship and further limited the amount of information and analysis available to the public”.

In its concluding observations issued in April 2020 the United Nations Human Rights Committee raised concerns about discrepancies between domestic legislation and Uzbekistan’s obligations as a party to the International Covenant on Civil and Political Rights and called on Uzbekistan to foster “a culture of political pluralism and (refrain) from arbitrarily denying registration to opposition political parties and preventing their participation in elections”.

You can find the full text of the statement here.