Home 2022 Uzbekistan: NGOs concerned about reports of excessive use of force, torture, ill-treatment... 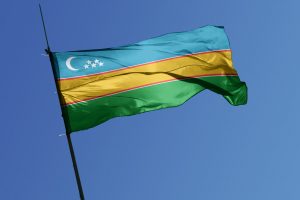 Association for Human Rights in Central Asia (AHRCA), International Partnership for Human Rights and World Organisation against Torture (OMCT) are concerned about credible reports of excessive use of force, torture, ill-treatment, killings and arbitrary detentions in connection with mass protests against proposed constitutional amendments that took place in the regional capital Nukus and other towns of Karakalpakstan on 1 and 2 July 2022, and about ongoing arbitrary detentions of bloggers, journalists and activists.

The organizations call on the Uzbekistani authorities to initiate thorough, impartial and effective investigations into reports of excessive use of force during demonstrations and arrests, as well as torture and ill-treatment in detention; to ensure that all those detained in connection with the protests have access to a lawyer of their own choice and medical care; and to disclose information about demonstrators, activists and their family members whose whereabouts are unknown. The organizations also call on the authorities to ensure that full internet connection is restored to the region.

Оn 26 June, the Karakalpakstani blogger Kural Rametov posted critical comments on social media. Shortly afterwards, law enforcement officers detained him at his workplace. According to non-governmental sources, police officials tortured him, including with electric shocks and later left him somewhere in Nukus, completely naked. He was able to get home, but was said to have been rearrested later that day and transferred to the neighbouring Khorezm region. His wife and other relatives  have reportedly also been detained.

Journalist and activist Lalagul Kallykhanova was detained in late June or early July, also after publicly criticizing the proposed constitutional amendments. On 8 July, the Prosecutor General’s Office made a public statement saying that Lalagul Kallykhanova had been arrested on suspicion of having encroached on public safety.

On 1 July, Dauletmurat Tazhimuratov, a well-known Karakalpakstani lawyer, journalist and former editor of the “El hyzmetinde” (“In the service of the people”) newspaper spoke to      supporters after attending prayers at a Nukus mosque and announced that he had gone to the Parliament of Karakalpakstan and requested permission to hold a rally in front of Parliament on 5 July to draw attention to the constitutional rights of Karakalpakstanis. According to civil society activists, the authorities of Karakalpakstan granted him permission, but later that day     Tazhimuratov was arrested. The news of Tazhimuratov’s arrest brought more people out onto  the streets.

Tazhimuratov was released from detention a few hours later and, according to media sources, reappeared on the evening of 1 July at the protest in Nukus where he and Murat Kamalov, Chairman of the Parliament of the Republic of Karakalpakstan, addressed the demonstrators. Local eyewitnesses stated that the demonstration was peaceful and special forces troops were present but did not intervene. Tazhimuratov and Kamalov then entered the Jokargy Kenes, the Republic of Karakalpakstan’s supreme representative and legislative body, while the protestors waited outside. Later that evening, authorities reportedly dispersed the demonstration using water cannon, rubber bullets, stun grenades and smoke bombs. There were also unconfirmed reports that some people were killed by law enforcement officers during the dispersal of the demonstrations.

When Tazhimuratov returned to his home that evening dozens of supporters were gathering near his house. That night, security forces reportedly stormed the house and rearrested Tazhimuratov at around 03:00 a.m. on 2 July. The whereabouts of Tazhimuratov’s wife and children are currently unknown. According to non-governmental sources, some 35 Nukus residents who stood near Tazhimuratov’s house were killed during the operation. No further details are known about the circumstances of their deaths. One of those who died has been named as  Dauletmurat Zhiemuratov, the names of the others are currently unknown.

According to non-governmental sources, Tazhimuratov was subsequently charged with “infringing on the constitutional order” (Article 159 part 4 of the Criminal Code of Uzbekistan). There are allegations that he has been subjected to physical abuse in custody. According to unconfirmed reports, he has been transferred to a medical facility in the neighbouring Khorezm region to treat his injuries and is in intensive care in a critical condition. On 8 July, the Prosecutor General’s Office confirmed that a criminal investigation has been opened against Tazhimuratov.

On 2 July, people again convened for protests in Nukus and authorities dispersed the crowds.

Videos started circulating on social media on 2 July that contain footage from Nukus protests showing numerous bodies lying on the pavement which appear to be dead or badly injured. Among those who were killed during the dispersal of demonstrations on 1 and 2 July were participants in the protests  Sabir Bakirov, Bayram Kalimbetov, Azamat Kurbanov, Muratbek Pirnazarov and Sultan Yesemuratov.

Other reports stated that authorities detained dozens of people as they were travelling to Nukus from different towns on 2 July, to prevent them from joining the demonstrations.

There were also allegations that after putting down the mass protests, authorities have continued to target and detain journalists, bloggers and activists whom they suspect of playing leading roles in the protests. For example, Amantay Seyitmuratov, the leader of the unregistered Alga Karakalpakstan (Forward Karakalpakstan) movement that calls for the independence of Karakalpakstan, was arrested on 2 July. On 8 July, civil society activists Konyratbay Redjepov and Sadatdin Raymov were arrested, as was Sadatdin’s brother Mels Raymov.

There are also unconfirmed reports that some of those detained have been killed and that officials have begun removing dead bodies from houses to hide evidence of the crimes. On 4 July, there are unconfirmed reports in the town of Chimbay to the north of Nukus, security forces shot six people. Non-governmental sources from Karakalpakstan reported on 6 July that at least 64 people remained unaccounted for, with their whereabouts unknown. Most of the individuals in question came from the cities of Nukus, Khodzheyli and Chimbay.

Internet services were disrupted and have only worked intermittently in the region since 27 June, the day after Kural Rametov was arrested for making statements about constitutional amendments on the internet. This has made it difficult to obtain and verify information. Access to information became even more difficult as important articles about the events in Karakalpakstan were taken down for some time from the media outlet Gazeta.Uz.  At the time of writing access to these articles had been restored.

On 2 July, the authorities announced that an “attempt to seize power” had taken place in Nukus. The same day President Shavkat Mirziyoyev flew to Nukus. In his address before the Regional Parliament, he promised to take the views of the local population into consideration and affirmed the right of Karakalpakstan to secede from Uzbekistan. The next day he issued a warning that calls for separatism and unrest would not be tolerated and those responsible would be punished. He  introduced a state of emergency in Karakalpakstan lasting until 2 August 2022, allowing authorities to impose curfews and other restrictions such as restricted entry and exit from Karakalpakstan.

At a joint briefing of the Prosecutor General’s Office and the National Guard that took place at the Agency for Information and Mass Communications on 3 July it was announced that 18 people had been killed and 243 injured in connection with the protests, including 38 law enforcement officers. 516 people were taken into detention. At the same briefing, Davron Zhumanazarov, the head of the National Guard Press Service, urged  the residents of Karakalpakstan to respect the state of emergency and not to go out “without reason” nor to believe the information disseminated by various non-governmental sources.

On 8 July, the Prosecutor General’s Office informed in a public statement that an investigation had been opened into mass disturbances in Karakalpakstan under Article 159, part 4 (“infringing on the constitutional order”), and Dauletmurat Tazhimuratov and another 13 people had been detained in connection with the case.