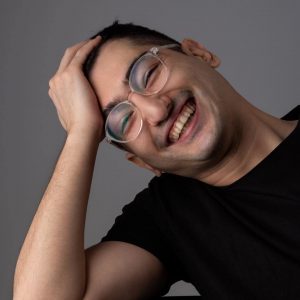 Miraziz Bazarov, an outspoken critic of government policies and the human rights situation in Uzbekistan, has been under house arrest since 29 April 2021. On 27 September 2021, the Uzbekistani authorities officially charged him with slander – under Article 139 part 3 point g of the Criminal Code, which is punishable by fines of the equivalent of 10,800 EUR, up to  400 hours community work or three years’ restriction of freedom which could include supervised house arrest or travel restrictions. The defence lawyer will not be allowed to see the official criminal case documents until the 7 or 8 of October 2021.

International Partnership for Human Rights (IPHR) and Association for Human Rights in Central Asia (AHRCA) believe that the charges are politically-motivated and have been brought to punish the 30-year-old blogger for peacefully exercising his right to freedom of expression. We urge the authorities of Uzbekistan to swiftly drop the criminal case against Miraziz Bazarov and unconditionally release him.

Up until the end of March 2021 Miraziz Bazarov was an active blogger whose social media posts attracted much attention. In 2020 Bazarov criticised the lack of transparency and public control over the government’s use of COVID-19 related loans from  the International Monetary Fund (IMF) and the Asian Development Bank (ADB). His posts in defence of LGBTI people included criticism of double standards amongst Uzbekistani officials. Many Uzbek supporters of so-called traditional values issued violent threats including death threats against the blogger; none of them has been held accountable for these threats.

Bazarov’s attackers have not been brought to justice

On 28 March 2021 Bazarov was physically attacked by masked men as he was walking to his girlfriend’s house in Tashkent. He was admitted to the Republican Clinical Hospital No.1 in Tashkent to receive medical treatment for his injuries and was guarded around the clock. While the authorities claimed that this was done to protect his security, human rights groups believe  that their primary aim was to limit his ability to communicate with the outside world and continue his activities on social media. No mobile phones with internet access were allowed in his hospital room.

On the day of the attack  the police opened an investigation into it under a Criminal Code article that penalises  the infliction of “intentional bodily injury of moderate severity by a group of people” (Article 105, part 2, para. “i” of the Criminal Code). The case was later requalified as “serious intentional bodily injury by a group of people” (Article 104, part 2, para. ”k”). Bazarov’s supporters allege that the investigation is not conducted impartially and effectively. To our knowledge, no one has yet been charged in relation to the attack against Bazarov.

Bazarov charged with “slander” and placed under house arrest

After  Bazarov’s discharge from the hospital on 29 April 2021  a local court  immediately sanctioned  his house arrest with strict limitations on his contacts with the outside world. Since that day,  he has not been allowed to leave his house except in a medical emergency; to be in contact with friends, acquaintances or neighbours; to use social media; or to engage in any kind of correspondence. He is only allowed to use a land line phone in exceptional cases to contact his lawyer or the law enforcement agencies or in a medical emergency.

On 30 April 2021 the Tashkent City Police Department reported on its website that it had received 28 complaints from citizens about Miraziz Bazarov’s social media posts. One of them was a complaint from several school teachers of school No. 110 in the capital’s Mirabad District stating that Bazarov had “denigrated their honour and dignity” by disseminating a TikTok video where he called on parents not to send their children to the school and stated that “school is the place were elderly female slaves and losers teach children to be slaves and losers”.  At the same time, Bazarov was merely expressing his personal opinion.

On 8 May 2021 Bazarov a criminal investigation was opened against Bazarov on charges of “slander” in connection with the teachers’ complaints.

On 27 July the Mirabad District Court of Tashkent extended his period of house arrest until 29 September. Bazarov’s lawyer Sergey Mayorov has twice appealed the decision listing several procedural violations and inconsistencies in the proceedings in this case. In particular, he highlighted that the court had failed to explain why the investigation needed more time to warrant an extension of the blogger’s house arrest. He added that Bazarov had not been interrogated since late April and that investigators had not gathered any evidence to prove or disprove his guilt. Additionally, he stated that the court ruling on house arrest for Bazarov was itself illegal as a prosecutorial order is missing from the case file and in fact Bazarov should never have been sentenced to house arrest in the first place given the charges he faces.

On 27 September 2021 Bazarov was officially charged with slander of one of the teachers on the basis of an expert assessment conducted during the investigation. Little is known as yet about the nature of the expert assessment, and will not be known until Bazarov and his defence lawyer are able to see the materials of the criminal case on 7 or 8 October 2021.

On 28 September 2021 Bazarov’s lawyer Sergey Mayorov said ‘“Despite the fact that there is no convincing evidence against Miraziz Bazarov, the state expert engaged to assess the lawfulness of his social media posts issued a conclusion, the investigator brought the charges, the prosecutor approved them and the judge will hand down the sentence… this is a typical example of the lack of independence of the criminal justice system in Uzbekistan”.’

According to AHRCA’s information, witnesses interrogated as part of the investigation in Bazarov’s case have been  pressured to testify against him.

For further information about the case, refer to our previous statements: