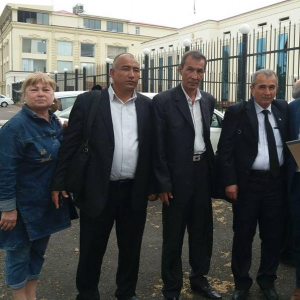 Despite the expressed commitment made by the authorities that surveillance of peaceful activists would cease, the Uzbek government continues the practice of surveillance and harassment – months after the international human rights community drew attention to the issue and called on the government to safeguard the rights of all rights defenders, the groups said.

Agzam Turgunov and Dilmurod Saidov are under constant surveillance by security officials, and they face harassment, intimidation and threats, including thinly veiled death threats.  The authorities are also prosecuting Turgunov on dubious administrative charges, in what appears to be retribution for his human rights work. Furthermore, the authorities have refused to register Agzam Turgunov’s human rights group. On 28 February 2019, Turgunov, Saidov and former political prisoner Azam Farmonov submitted an application to register the human rights organization, Restoration of Justice. The application was refused on 29 March 2019 on formal grounds relating to the rules of the registration process that were made deliberately unclear.

“The intimidation and harassment of Turgunov appears orchestrated to keep an active independent human rights defender in check and contradicts Tashkent’s expressed intentions to carry out human rights and justice reform in the country. We are concerned that the authorities may be seeking to put Turgunov and other human rights defenders and activists behind bars again”, Brigitte Dufour from IPHR.

“We call on President Mirziyoyev to ensure the safety, independence and operational freedom of all human rights defenders and activists”.