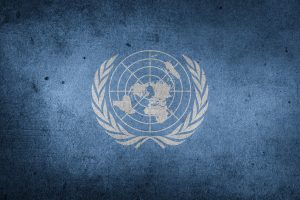 On Tuesday, 12 November, the UN Committee against Torture will review Uzbekistan’s fifth periodic report on the implementation of the UN Convention against Torture and other Cruel, Inhuman or Degrading Treatment or Punishment.
Amnesty International, Association for Human Rights in Central Asia (AHRCA) and International Partnership for Human Rights submitted a joint alternative submission to the Committee against Torture, addressing Uzbekistan’s replies to the Committee’s List of Issues, and updating information provided to the Committee by AHRCA and IPHR in January 2019 as input into the List of Issues.
We welcome the positive legislative measures introduced in Uzbekistan under President Mirziyoyev to prevent torture and other ill-treatment, ensure that evidence obtained under torture is not admissible in court and improve transparency in the criminal justice system. If implemented systematically and transparently, these measures could go some way towards addressing the endemic problem of torture in Uzbekistan.
However, we were disappointed to see that the State party’s replies include direct denials of the need for thorough and impartial investigations into the many allegations of torture and other ill-treatment in the past, including several cases where our organizations have documented credible evidence of torture and have raised these findings with the Uzbekistani authorities. We were alarmed that the State party flatly refuted that any complaints of sexual violence had been brought to their attention despite concerns raised repeatedly with relevant authorities in Uzbekistan by our organizations, UN mechanisms, other inter-governmental (IGOs) and non-governmental organizations (NGOs). It is important to stress, that unless the Uzbekistani authorities demonstrate the willingness to transparently and thoroughly investigate and rectify past abuses, we fear that the cycle of secrecy and impunity which has marked the last two decades will continue.
Read the submission here.
Read the annex to the submission here.