Home Central Asia Reforming healthcare in Uzbekistan: What role for the international community? 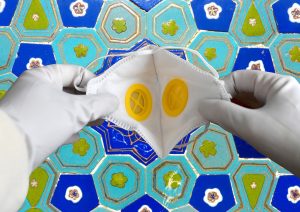 “The recent COVID-19 pandemic has shone a spotlight on the underlying weaknesses in the healthcare system in Uzbekistan – it is vital that urgent steps are taken by the Uzbekistani authorities to address corruption, and to encourage open and equal dialogue between government officials and medical staff.” Said Brigitte Dufour, Director of International Partnership for Human Rights.

Between 2017 and 2019 President Mirziyoyev undertook an ambitious programme of legislative reform of the medical sector in Uzbekistan, aimed at ensuring better access to affordable medicine and new medical infrastructure with trained medical personnel.

However, despite progress in some areas, local reports indicate that much of the medical sector remains in poor shape, with access limited for households that cannot afford private medical services, and continued corruption amongst medical staff who charge for what are officially free public medical services.

Despite the relatively low number of 8000 active cases in July 2020 medical officials sounded the alarm that the healthcare system was reaching its full capacity and might not be able to weather the crisis.

This report examines the state of the healthcare system in Uzbekistan and asks how the international community can make a positive difference.

You can download the report in English, Russian and Uzbek languages.